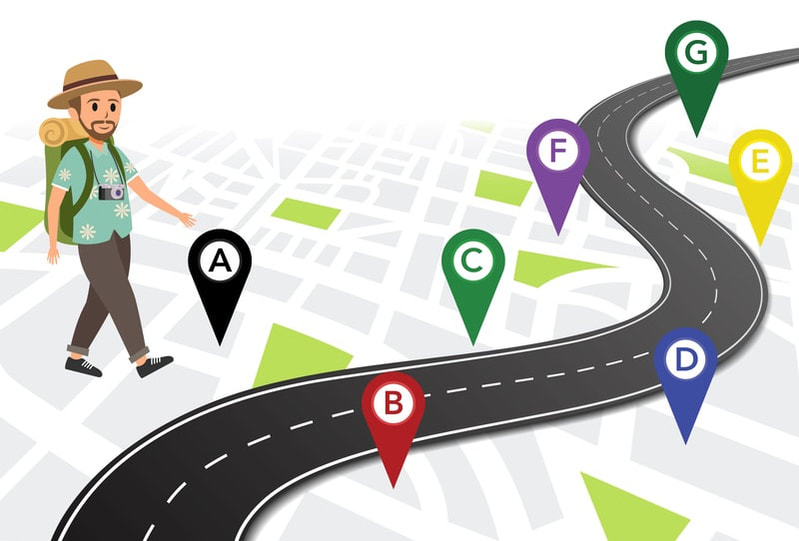 What does Roman learn during his road trip?

Roman begins his road trip with no directional tools, and soon finds himself in a dark and scary place called Sinful Avenue. After wandering aimlessly through the streets, he finds what seems to be a homeless man, named Cast.

The two chat for a bit before Roman gets the courage to ask him for directions. Cast tells him that it is probably hopeless, but he has heard that people find the right way out of town at the OneStop a few blocks down the street.
When Roman finds the OneStop, he meets Holly. A nice girl who tells him just what he needs... a G.P.S.

Sinful Avenue is a reminder of how sin first entered into the world. In the Garden of Eden, Adam and Eve sinned against God, and then tried to hide their sin from God.

The G.P.S. directs Roman to rural CrossTown. There are hills and curvy roads, but no matter where you are in town, you can always see the big cross up on top of the tallest hill. Roman learns why the Cross is so important as the G.P.S. guides him through town. The Cross is a symbol to remind everyone that there is Someone Who loves them.


​CrossTown’s big cross on top of the tallest hill in town reminds us of the cross on which Jesus Christ gave His life for our sins. We must BELIEVE in Him to be saved.

After Roman learns about the Cross, the G.P.S. takes him to Whosoever Way where everyone is welcome to come. No one is turned away who decides they want to be a Whosoever, but there is only One Way into town.  Roman remembers Cast and feels like he should go tell him the Truth of what he has found out.
​

Whosoever Way is simply a reminder that ANYONE can believe. The Ethiopian Eunuch needed someone to help him understand Who Jesus is and what He did for everyone.